I am stepping out of sequence to report on the earthquake that took place near Modena on Sunday morning.  We woke up at 4 am because the bed was shaking...not violently but steadily for about 20 seconds.  Diana felt that the whole building and room were rocking and she thought it lasted a long time.  Then it stopped and all was quiet.  We heard no street noise, no sirens, no commotion even after opening the window.  We immediately thought that it might have been an earthquake and confirmed that there had been a quake with a quick search on my smartphone.

But nothing else happened and we went back to sleep.  We learned from the internet in the morning that the quake had been much more severe than we thought but all seemed normal at the hotel.

Only after we went out in the morning did we notice a lot of areas near older buildings roped off with tape.  And when we got to the tall bell tower, there was a sign posted that it was closed so they could make sure there was no damage. 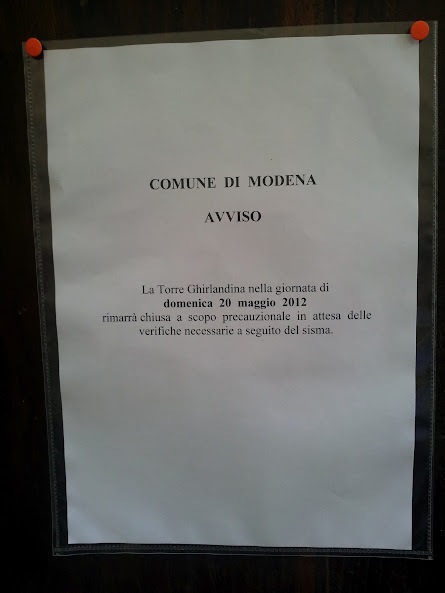 But the cathedral was open as was the Duomo museum.....and people seemed to be going about their business normally on a cloudy, damp Sunday morning.

On the way back to the hotel, the street was blocked off and people were staring at the front and roof of an old church.  Cracks were easily seen on the facade 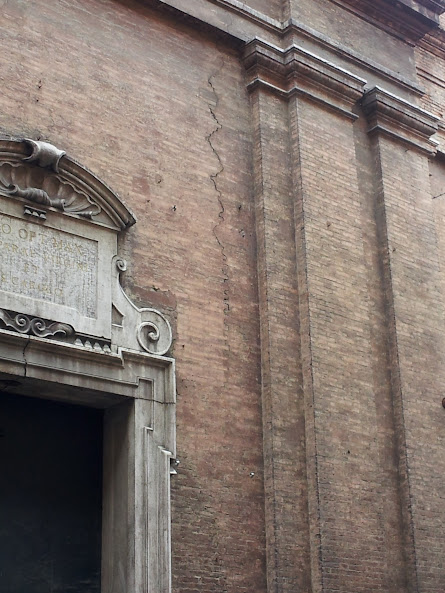 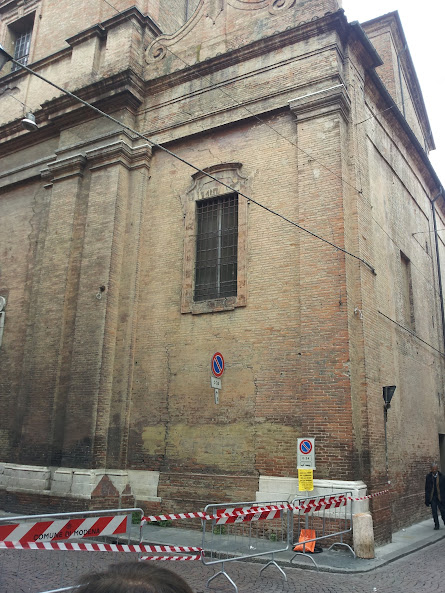 The effects were more evident when we drove to Carpi, a nearby city, planning to visit the museums there.  On the very grand main piazza, the castle that houses the museum was closed as was the Duomo.  The area in front of the long porticoed side of the piazza was cordoned off because of the danger of decorative chimneys on the roof falling. 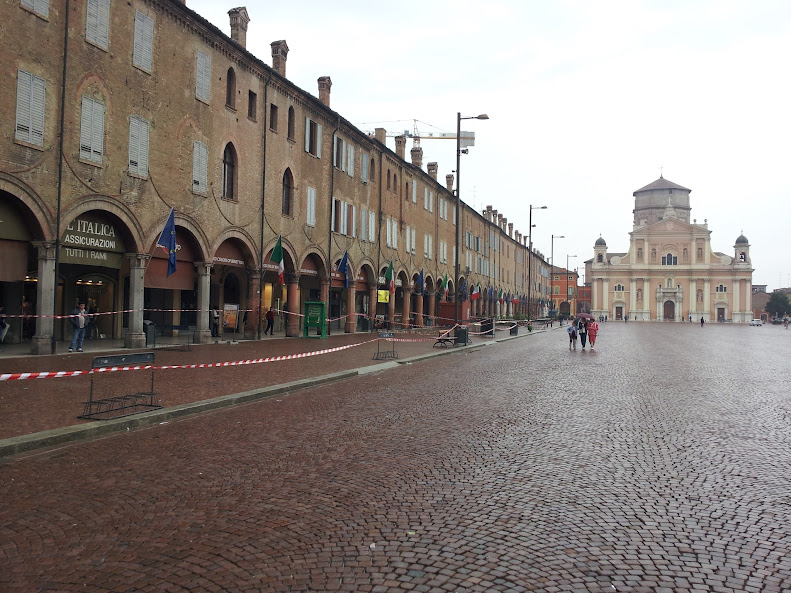 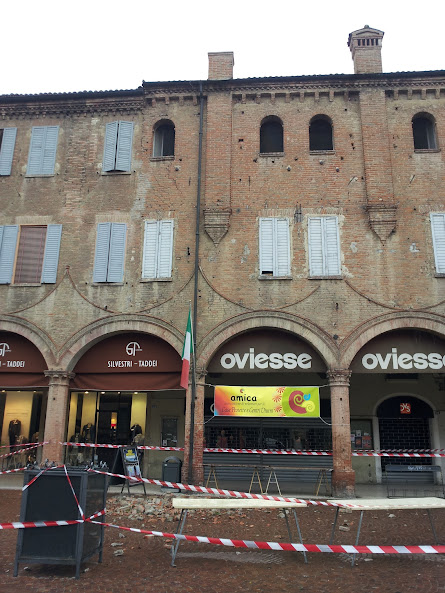 Across the piazza at the castello, the falling debris was even more evident. 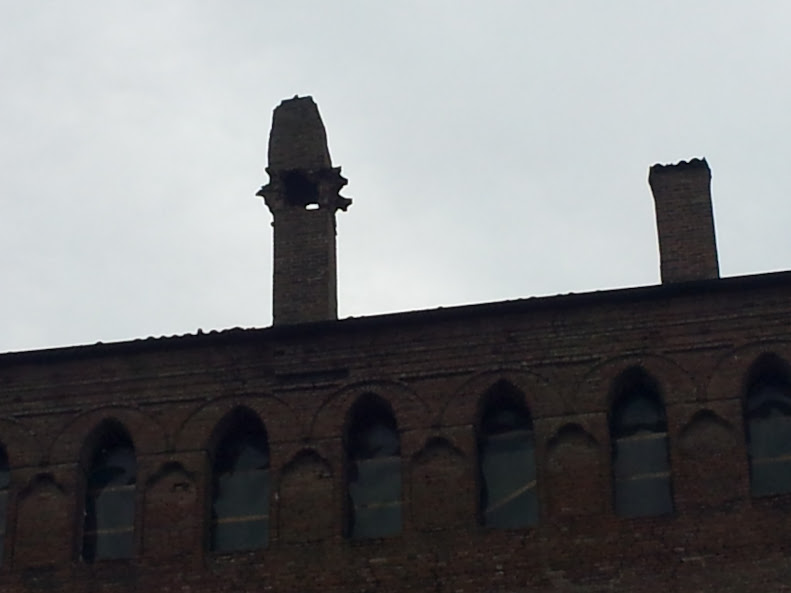 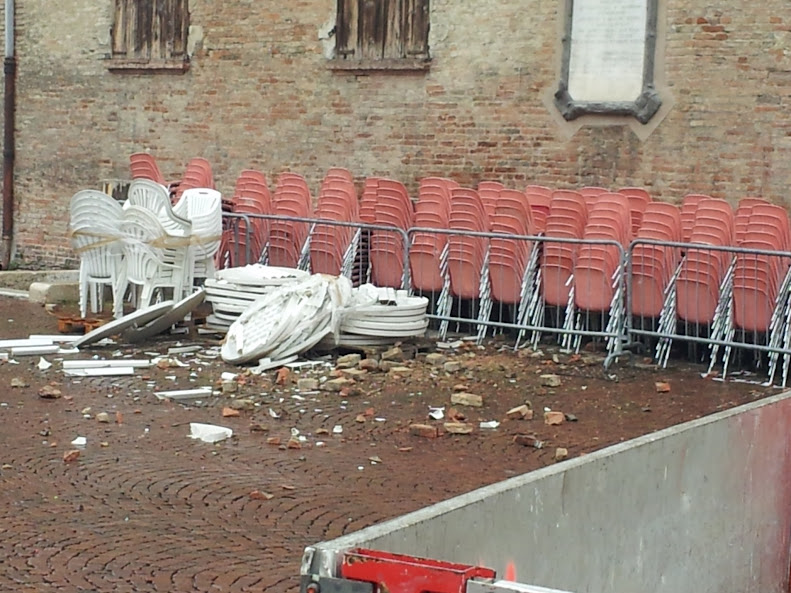 It's lucky that no one was standing underneath when the bricks began falling.

You have probably seen the television reports of the extensive damage elsewhere in the area.....but we are fine.

Jim and Diana
Posted by Jim Zurer at 1:49 PM