Another beautiful day....looks like Sunday was an aberration.  After a very pleasant breakfast at the hotel, we are off to Tharros, a Phoenician/Punic/Roman city, which is beautifully sited near the end of a long peninsula lined with sandy beaches about 15 kilometers from Oristano.

The site is on a hillside, descending to the water, under a 16th century Spanish guard tower. 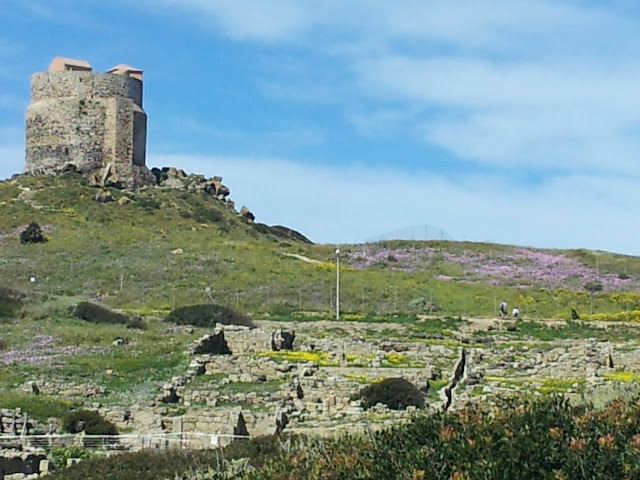 We walk around by ourselves, giving up on the densely written, mostly unreadable English translations scattered around.  But it is a very impressive excavation--two large thermal baths,

a large water cistern and acqueduct, a temple with two columns standing erect 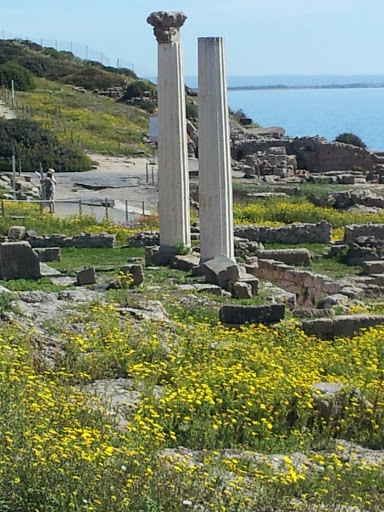 and a Roman road leading up to a hilltop sanctuary. 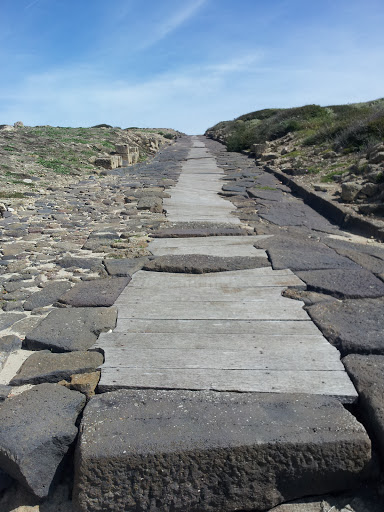 Most, if not all, of what we are seeing is from the very important Roman city.  The colorful wildflowers are growing everywhere and make the city even more attractive. 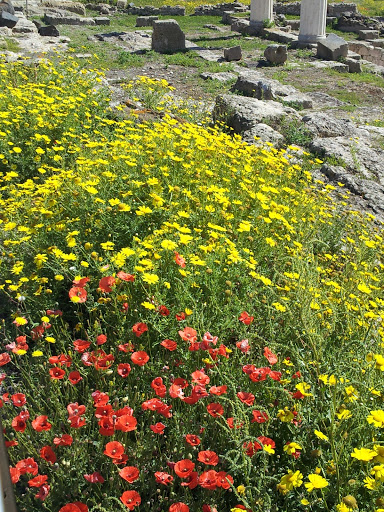 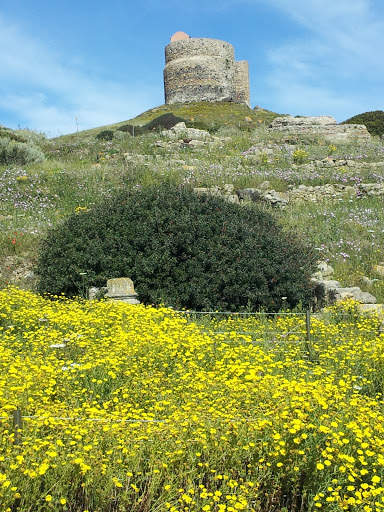 We spend some time trying to locate the statue or a lion pictured on one of the signs but can't find it.

I make the climb up to the Spanish tower to get an more panoramic view of the site and the beaches..... 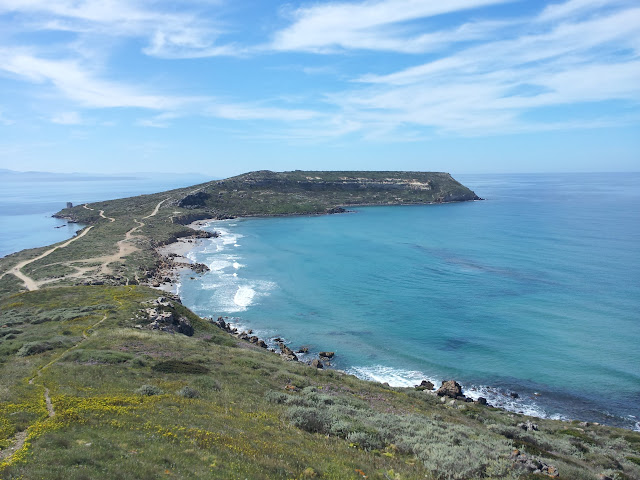 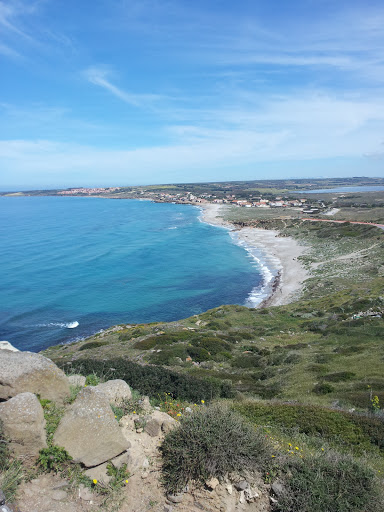 After leaving Tharros-- extremely fascinating and attractive--we make a detour through the town of Cabras--a old fishing village famous for its bottarga di muggine (mullet roe) and get lost in its back streets.

North of Cabras are some more beautiful beaches...the "sand" here is actually made up of smooth, quartz pebbles 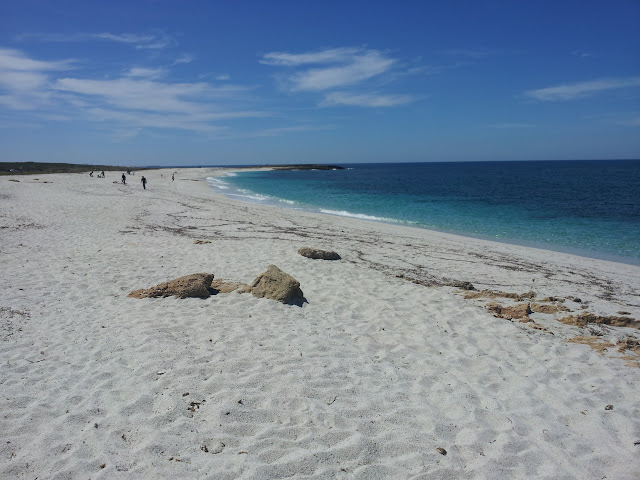 and beaches stretch on for miles, interrupted at intervals with rocky outcroppings and pretty little coves. 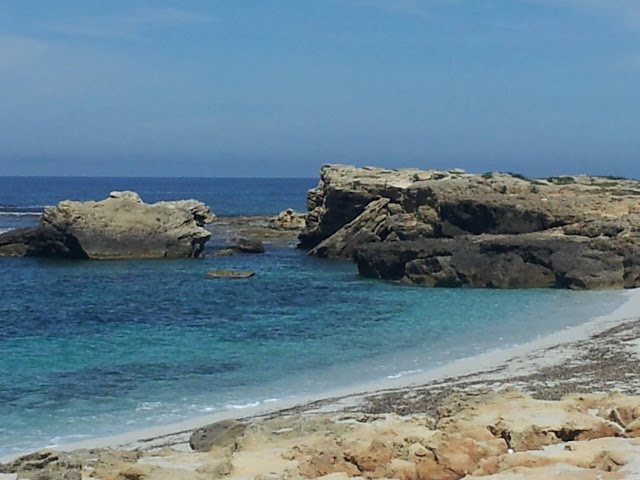 We have a sandwich for lunch at a bar along the water at Marina di Torre Grande, which is Oristano's beach town.  The tower is quite grand and the beach is quite pleasant 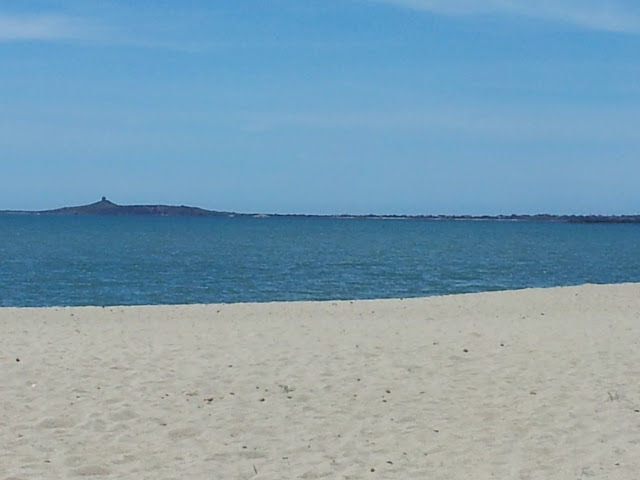 The tower across the water is at Tharros.

Later in the afternoon, we walk around Oristano and stop for a gelato. Dinner is at a place called Craf, another Slow Food recommendation.  We enjoy our dinner a lot....I have a dish of fregola with clams...one of the best dishes I have had on the trip, followed by grilled mullet, also excellent.  Diana enjoys her prosciutto and melon and her grilled orata.  The house wine is refreshing....an uncomplicated but delicious dinner..

The town is quiet as we walk back to the hotel.

Tomorrow we are in search of some more nuraghe.